What color is Jealousy? Could it be…Golden?

March 1st, 2021 — Sunday night I watched the Golden Globes “with” my oldest son (he’s currently in Boulder), not that I was familiar with even half of the shows, movies, actors, but did that matter? Not in the least! Spending close to 3 hours with my first-born (even virtually) was, for me, Golden. (see how I did that?)

Being the sociologist that I am, I was fascinated at (yes, the dresses!), but also watching the nominees interact in their Zoom call as they waited for their category to be awarded! They brought on their pets, kids, and all those “homey” touches. In any other non-pandemic year, they’d all be in separate parts of the audience, as they waited their turn. But in this socially-distanced way, they were able to interact water-cooler style! Another day at the office, albeit in bejeweled designer gowns…

Then, following the announcement of the winner, we could witness the joy on the others’ faces as they watched their colleagues give their emotional acceptance speeches. Never before has there been a format that allowed for that part.

I’m certain that some disappointment over not winning is there, too, but for the most part I saw genuine joy and happiness for the winner from the other nominees.

When someone wins, we all win. I choose to see it that way, most days. I choose to magnify the joy in celebrating each other’s successes. We are all made stronger by lifting each other up, cheering each other on, and congratulating each other for a job well done. It’s not a slight on me if someone else achieves something! In fact, it’s the opposite. It’s a inspiration to me to see others achieve.

Alas, I am not a saint…I will not lie and pretend that the jealous monster has no words in my head. In fact, he has a party in there a times! Here’s an example: the other day I attended a tennis clinic. Between the weird weather and spending my time working, I haven’t been on the courts nearly as much as I’d like to. So I was thrilled to get out to a clinic. Exercise and all that good juju!

Oh, I really hate to admit this out loud for the world to hear, but there was a tennis colleague of mine there that had improved her game dramatically, yet I chose to feel some level of jealousy or pointless comparison. So silly! Clearly she’d been on the courts doing her time and YAY for her, it was paying off! She was hitting great!

Why did I stew in my head thinking, “Wow, I used to be ‘better’ than her” or “when did she get so good”? It’s a completely natural tendency, albeit a little immature. Looking back on it as I’m writing, I so wish I had gushed to her about how great I thought she was playing and given out some positive vibes!! I would have raised us BOTH up by honoring her hard work! Instead, I stewed.

And guess what? How well did I play during that clinic? I bet it’s not hard to guess: not well. Not well at all. Remember that I said I was rusty because of weather and work? Did I give myself that grace? Oh no. Were the stories in my head very positive?? I am sure you know.

Back to the Golden Globes. I could see genuine happiness on the faces of most (not all, let’s be honest, we are human) of the other nominees when the winner was giving his/her acceptance speech.

Maybe there’s an actor out there that today is having a similar headspace today that I had at that clinic. Maybe they’ll re-watch the footage from their group and see an ugliness in their face when they didn’t win, and then kept stewing in that energy, holding a weak, strained grin of sorts, instead of heaping praise and well-wishes on their colleague. Disappointment that that sunk down even deeper.

Believe me: I know how much HARDER it is to take that high road when all you want to do is stomp off and have a self-serving tantrum. We want to make it all about how we were so “wronged” don’t we? And yes, that feels good…but only for a moment.

What feels SO MUCH BETTER is when we turn that energy around, cast off that “all about me and how I was wronged” shell and send that positivity onto the winner.

Someone else’s success is not passing judgement on you or calling you a failure FYI. When someone succeeds, especially from having put in the hard work, we all benefit from that positive energy.

If you’re a parent, you easily heap praise and positivity on your child for their successes, event the very most minor of actions…putting on his/her own shoes, even if on the wrong feet. It’s about the seeking to grow.

If you’re not a parent, then picture a close family member or your pet. You want them to succeed, right? You praise and treat them well when they succeed. You want to foster their growth!

So, the next time you feel some semblance of jealously or self-judgement because someone around you is having success, imagine that that person is your child and you are praising them for learning the skills that will help them be successful adults!

I’ll never get tired of saying that:) 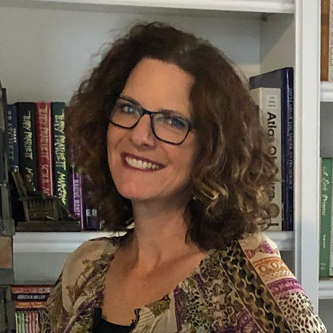